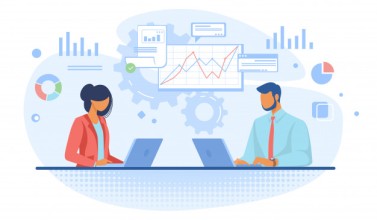 Aided by the government timely and comprehensive intervention with monetary and fiscal stimulus programs, the U.S. economy has been reenergized and is emerging strong from the devastating impact of the coronavirus pandemic. Some forecasts predict the U.S. economy is well positioned to grow at the fastest rate since the early 1980s and recent statistics on the health of the U.S. economy show a robust and sustainable performance.

As local economies shut down, businesses struggled across the nation and consumers curtailed their spending and increased their savings, analysis from Oxford Economics Consultancy concluded that over the course of the coronavirus crisis, due to shopping, travel and service restrictions, U.S. households saved $1.6 trillion more than their traditional levels. This record increase in savings during the pandemic points to a deluge of spending power that when unleashed will contribute to increases in consumer demand and accelerate the economic recovery.

As the latest GDP growth statistics show, the economy continues to regain its strength and as more individuals get fully vaccinated and the pandemic slows down, the fear is now growing that reenergized consumers will start spending their pent-up savings and government checks, increasing the demand for products and services, a combination of forces that will drive prices up and contribute to the reintroduction of inflation in the economy.

THE ECONOMY IS RECOVERING BUT INFLATION FEARS LOOM

The optimism surrounding the pace of the economic recovery and progress made with vaccinations  across the nation have contributed to a positive outlook of the economy, a market assessment captured by the recent steepening of the yield curve. The yield curve – the gap between the 2-year and 10-year yields – one of the most widely used financial metrics, has recently steepened and is now at the widest it has been since 2017.

The steepening of the yield curve is typically viewed as a positive sign of the health of the economy and captures financial market conditions where long-term Treasury yields are rising at a faster rate than shorter-term yields. The recent steepening of the yield curve captures market expectations that a strong economic recovery is underway accompanied by a certain level of inflationary risk. Consequently, as the U.S. economy recovers, services reopen and employment levels expand, financial markets are factoring in greater expectations for growth and inflation.

Although inflation has remained below the Fed’s 2% target for most of the last decade, the annual inflation rate measured by the CPI (Consumer Price Index) projects that the combination of stimulus payments, increased vaccinations and reenergized consumers will drive prices up  pushing the inflation rate to 2.6%  by the end of the year, providing the Feds the economic environment to increase the funds rate.

The reappearance of inflation in the economy will inevitably spark increases in the interest rate as recent upticks on U.S. Treasurys and mortgage rates have recently shown. In assessing the aggregate impact of government stimulus payments already pumped into the economy plus additional aid now being considered, financial markets are projecting significant increases in the risk of inflation and consequently will demand higher yields to compensate for the increases in inflation risk.

The steepening of the yield curve is welcome news for Community Banks and Credit Unions, as  the low interest rate environment of the last few years constrained the spread between what they earned from lending and what they paid to borrow creating difficult and challenging economic conditions that contributed to reductions of their profitability and net interest margins as experienced in the last few years.